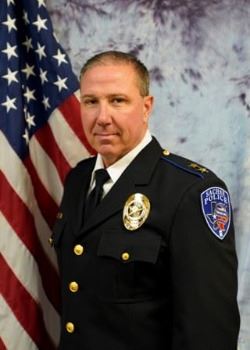 Chief Sylvester entered Texas law enforcement in October 1992 after serving as a Lieutenant in the U.S Army from 1989 to 1992 where he commanded a Military Police platoon deploying to Iraq and Kuwait during Operation Desert Storm. Upon leaving the army he served for over 22 years with the Richardson Police Department. While in Richardson, Chief Sylvester served in virtually every unit while promoting thru the ranks to Assistant Chief. He served as Asst. Chief from 2009 thru 2015 when he accepted the position of Chief of Police for the city of Sachse in August 2015. 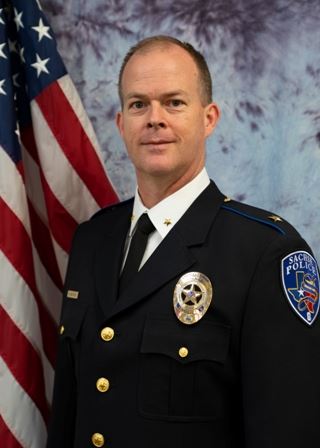 Assistant Chief Steven Baxter began his career with the Richardson Police Department as a police officer in July 1994. Throughout the 23 years of service to the City of Richardson community Steven Baxter worked in several areas of the department. Steven ended his career as the as the Captain over the Investigative Operations Bureau, which includes command over the investigative process, case filings and records management. Previous assignments include; Major Crimes Lieutenant and Property Crimes Lieutenant in Investigations, Lieutenant in Patrol Operations Division, Sergeant over Crimes Against Persons / Forgery & Fraud Unit, Patrol Sergeant, Detective and Patrol Officer. In addition, Steven served as a member of the Special Weapons and Tactics Unit from 2003 to 2016 serving as the SWAT Commander from 2009 to 2016.

Assistant Chief Baxter holds a Bachelor of Business Administration from Baylor University, a Graduate Certificate in Local Government Management from The University of Texas at Dallas, a Graduate Certificate in Criminal Justice Education from the University of Virginia, is a graduate of the Institute for Law Enforcement Administration (ILEA) School of Police Supervision and ILEA Management College as well as the Caruth Police Institute’s Executive Leadership Series. He is a graduate of the 282nd class of the FBI National Academy. He is married with two children and in his spare time runs marathons raising awareness and support for the Leukemia/Lymphoma Society.